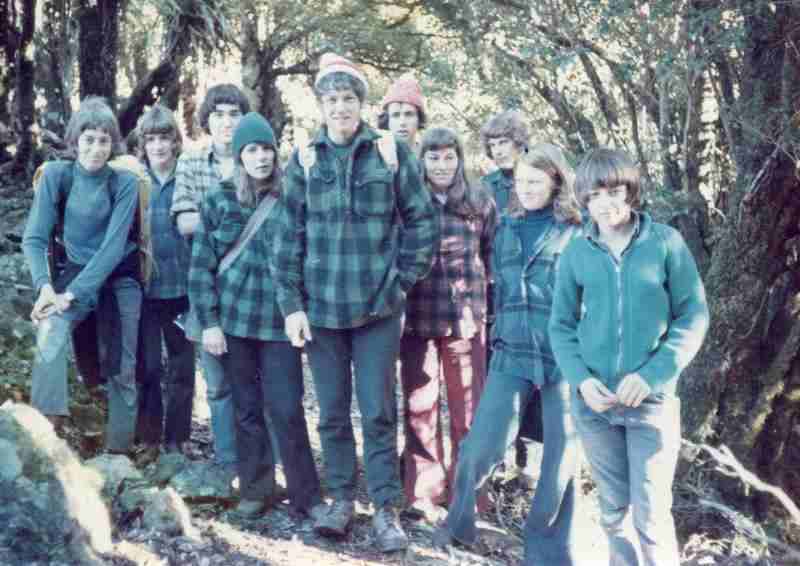 A newspaper advertisement in 1973 called for all those interested in starting a tramping and camping club to a meeting in Richmond. "Stimulate those tired muscles and develop your awareness for scenic beauty! The fellowship and safety of a club offers you the opportunity to get away from it all" stated the advertisement. This resulted in 31 people of all ages meeting to form the Richmond YMCA Tramping Club.

A committee of 14 was established to run the club, which was sponsored by the YMCA with an annual sub of $1.50. The conveners of the club were Noel Newlove and Warren Friis, both ex-scoutmasters who hoped to pass on their knowledge to others to enjoy the fun and fellowship of safe camping and tramping.

The first tramp was to Hacket Hut in the Richmond Ranges on 29 April 1973. By 1975 the club had grown, and after deciding to separate from the YMCA, renamed itself the Waimea Tramping Club. FMC affiliation followed in 1979.

The Waimea Tramping Club has about 80 members and runs trips every weekend. We aim to be family-orientated, and also have an active social calendar. Bike rides, potluck dinners, barbecues, theatre nights, ten-pin bowling and pool swims are among the popular events. We support Search and Rescue and Outdoor First Aid courses.

Fortunately, the club is spoilt for choices of tramping destinations. Right on our back door is Mt Richmond Forest Park, while Abel Tasman, Kahurangi and Nelson Lakes national parks all lie within an hour’s drive. On long weekends we often venture further afield to the West Coast, the Canterbury high country or Marlborough.

Our club has a special association with Balloon Hut in Kahurangi National Park helping with its renovation in 1995 and also helped raise funds for the renovation of Mt Arthur Hut completed by DOC in 2001.

After 45 years of tramping, the club is still going strong and living up to those first advertisement words offering people the opportunity to get away from it all.

The club publishes a quarterly newsletter and runs its own website.

We welcome newcomers or visitors.