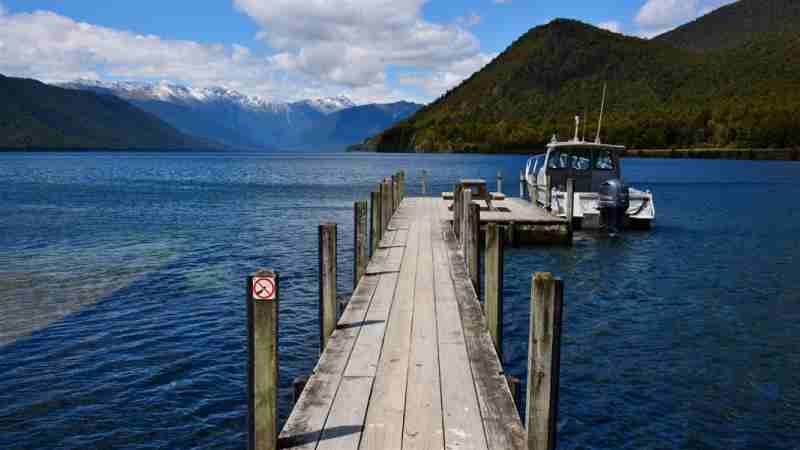 DOC plan to formally close the Lake Rotoroa Route in Nelson Lakes National Park. The route runs along the eastern shore of Lake Rotoroa for 16.2km, linking Rotoroa village with the head of the lake and access to the Sabine Track, Sabine-Speargrass Track and Cedric Route. The route has been unmaintained for over six years, following a number of storms and significant tree windfall events. Historically usage has been low due to it being considered a less than pleasant walk as well as the presence of the water taxi operating on the lake, which eliminates a tough full day’s walking. It is estimated that six staff members would have to take at least two weeks to reopen the track just to a route standard, at a cost of $12-15,000, then with ongoing costs of $3-4,000 per year. Most tramping routes in the park are accessed from St Arnaud, and the Mt Robert-Speargrass-Sabine route is an easier and more pleasant tramp of a similar time and distance to reach the head of Lake Rotoroa.

Bookings will now be required for Labour weekend and Queen's Birthday weekend (Friday to Sunday nights) at Angelus Hut in Nelson Lakes National Park. Currently bookings are required during the peak season which runs from late November to 30 April.

The change is in response to a huge increase in visitor numbers at the Angelus Hut over these long weekends in recent years. Reports of up to 52 people crammed into the 28-bunk hut prompted DOC to extend the booking system to cover the two holiday weekends from October 2017.

A 1,000kg-hut was airlifted to Blue Lake by the New Zealand Defence Force in August 2017 to house DOC hut wardens. Blue Lake, also known as Rotomairewhenua, has the clearest natural fresh water in the world and is considered sacred by local iwi. An NH90 helicopter manned by Air Force and Army personnel, moved the shelter about 32kms from St Arnaud to its new location beside Blue Lake in Nelson lakes National Park

Visitor numbers to Blue Lake has increased significantly since 2015 as word spread about the clarity of the water. Wardens at Blue Lake Hut will be used to manage high numbers of visitors, by staying overnight in the area and ensuring that the lake and environment are protected. The Te Araroa Trail passed through the area, and the trail's growing popularity had also played a part in the increasing number of visitors.

A new Caroline Creek Hut is expected to be built this summer 2017-2018 after a delay in plans to build the hut last summer 2016-2017. A generous individual has donated $250,000-$300,000 to replace the antiquated basic 2-bunk Caroline Creek Bivvy in the St James Conservation Area with a 10-bunk standard hut.