The mountain biking season on the Heaphy Track has been extended into October and November.

Lewis Hut on the Heaphy Track is being threatened by the Lewis River. DOC is monitoring the erosion and is considering future options for the hut. During April 2017, Sylvester Hut was refurbished internally, including the resurfacing of the floor.

During March 2017, DOC spent three days at Sabine Hut, fixing the wastewater system, cleaning the chimney, roof valleys and the gutters. Vegetation clearance and tree removal was also carried out around the hut. 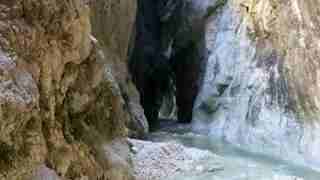 Thieves have stolen the cast-iron pot belly fireplace from Barbers Hut in South Marlborough during March 2017. It is the first time a fireplace has been stolen from a backcountry hut in Marlborough. The hut can be accessed by 4WD and would have required more than one person to move it from the hut into a vehicle. DOC Renwick community ranger Clare Moore said she could not understand why someone would steal a fireplace from a DOC hut. "People have taken axes before, and that's a real nuisance. But to have people, who are obviously outdoors people, steal a fireplace is hard to understand," she said. The fireplace was worth about $5,000, but DOC installed a replacement from additional parts during April 2017. Barbers Hut is a standard six-bunk hut in the in the Leatham Valley, off the Wairau Valley, popular with both trampers and hunters throughout the year.

DOC rangers have explored Sawcut Gorge during April 2017 for the first time since the Kaikoura earthquake of November 2016. The unique limestone chasm, 150m tall and only 2m wide at points, escaped the disaster unscathed. But the trail was severely damaged and closed indefinitely after the 7.8-magnitude earthquake. It is now a different landscape with steep climbs and deep chasms. Vegetation in the gorge has also taken a hit, which was a concern as there were some rare species of flora along the track. DOC hope to have the track reopened again by this summer 2017-2018. The nearby 6-bunk Isolation Hut was undamaged. Sawcut Gorge is on the Ure River near Ward, 45 kilometres south of Blenheim.