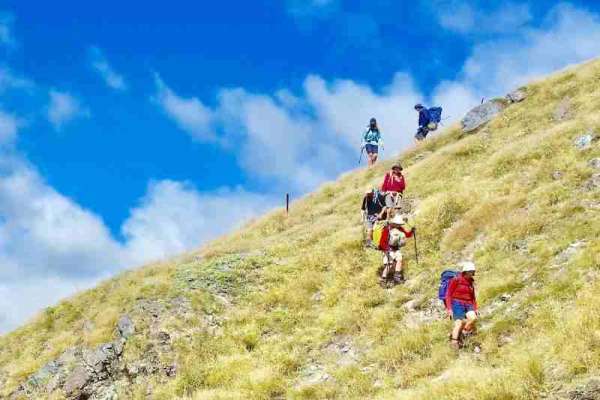 Upgrade work has been carried out on the Kill Devil Track during November 2015.

Debris building up beside the Dart Ford on the Wangapeka Valley road will be dug out this November or December 2015.

A new emergency shelter has been built beside the West Branch Matiri River on the track to Lake Matiri recently.

The track crossing the West Branch Matiri River has been rerouted 200 metres upstream.

In the near future track work will be done on the Sunrise Peak route.

Relax Shelter on Mt Robert has been completely refurbished and repainted earlier this year.

Interior hut painting has been carried out at Speargrass, Lakehead and Coldwater huts recently. Painting and repairs have been done at Tiraumea and Paske huts.

Angelus Hut has had an internal repaint in November 2015. At one night over Labour weekend 70 people stayed at the 28-bunk hut.

Blue Lake Hut will undergo a full repaint and the installation of new benches and a new wood burner this month.

Restocking of firewood at all the serviced huts in Nelson Lakes National Park amounts to 13 tonnes per year at a cost of $18-19,000.

The D’Urville Valley track has been cleared of significant wind-throw damage.

Other track work has been done recently on the Begley route, Tiraumea and Mole tracks and lower Travers Valley track.

In the near future track work will be done on the Matakitaki Valley track to Downies Hut and the Mount Misery route.