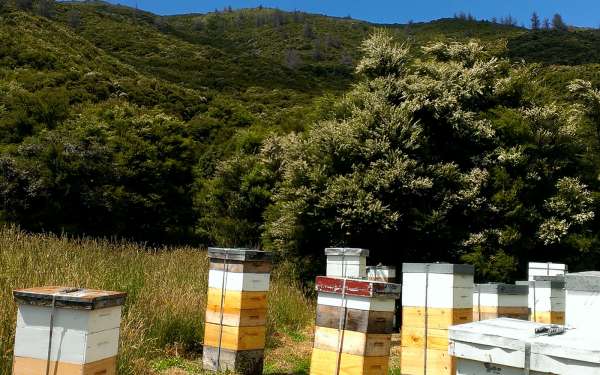 I recommend hot pumpkin scones dripping with butter for a winter’s morning tea. That’s exactly how our day started at Sherry River! Followed by birthday cake! Well feed and sorted with loppers, secateurs and saws we entered the bush some 50m from Jeff’s house and began the day’s task. By midday we were heading down the centre track, after having cleared the eastern circuit and so once at the entry point we took a break to enjoy a shared lunch and BBQ and more birthday cake. In the afternoon we spent some three hours clearing the western circuit, which was followed by afternoon tea and a natter back at the house. By 5.30pm we were heading home. The total distance of track cleared was approximately 3.4kms. Those participating were: Jeff, Julian, Rob, Maria, Eric, Esther, Katie and David W.