An interesting day out 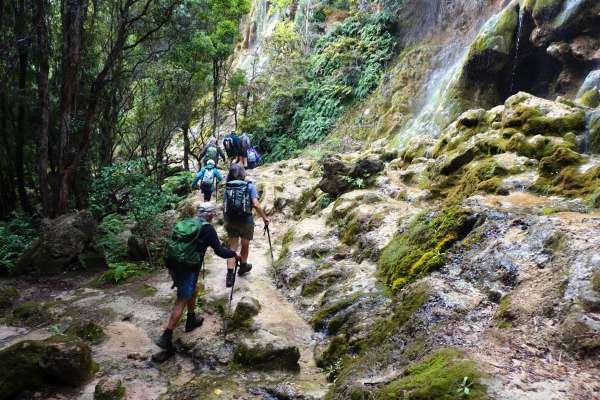 The forecast was fine, but there was a steady drizzle when we gathered in Richmond. We took off to the Roding River but we were informed by the caretaker that logging operations were taking place in the area and although they were not working at the moment, there was a risk of moving logs so we were not permitted to use the track to the Champion Mine. He did inform us though that we could visit the dam site which we did.

After a brief discussion, plan B was decided on and we went back to the Hacket carpark and tramped up to Whispering Falls. It was in all its colourful glory with just enough rain to produce a stunning effect. We had our lunch on the grassy knoll on top of the falls then made our way down past numerous people and their dogs. We then walked up the Chromite Mine Track and inspected the mines, the new picnic table, the full water tanks, the old Chrome Road and then descended down the new track. There were several groups of people using the track which is very encouraging especially as the track is not signposted at the Hacket junction. We got back to the cars at 4pm after an interesting day out.