A trio of trips 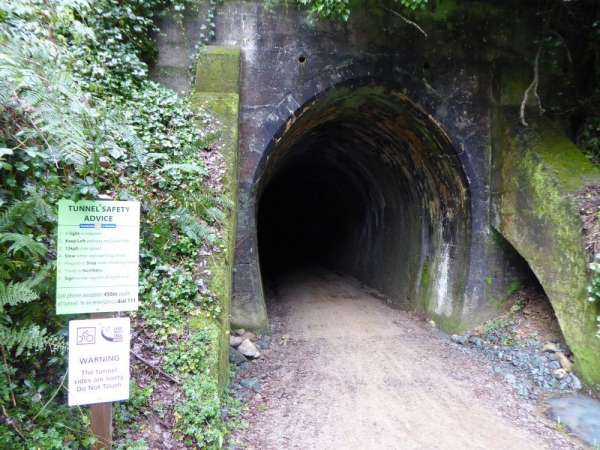 Six of us met at the foot of Spooners Range to begin the walk along the old railway line to the tunnel. The two drivers took the vehicles over Spooners and walked towards the tunnel from the southern end. Sue joined them, so that trio were headed north to meet us heading south. When we met, we all headed south to arrive at the vehicles for morning tea.

It was a short drive to the Shedwood Bush walk in Tapawera. We parked on Totara Street and began the walk up past Shedwood House, across the paddock and over a stile into the bush area. The main track to the observation point comes off the 20 minute loop track. Once off the 20 minute circuit the track zigzags across the slope, so it is well graded with ups and downs either way as one winds their way up. Suddenly you pop out from the bush to a fence line where there are magnificent views over Tapawera and the adjoining valleys. After a midday snack we descended, completing the short circuit at the bottom by coming out the alternate way. We spent about two hours in Shedwood Bush.

We had a late lunch and hot cuppa at Jeff’s at Sherry River and then walked his bush circuit, clipping some overhanging branches and pulling out some weeds on the way. We spent roughly 1½ hours in this lovely beech bush. Scones, apple cake and a hot cuppa concluded our day at the Sherry.

The day’s participants were: Maria, Rob, Chris, Jo, Robyn, Sue, Julie along with Jeff who joined us for the last of our three walks. We enjoyed calm clear winter conditions with some sun.