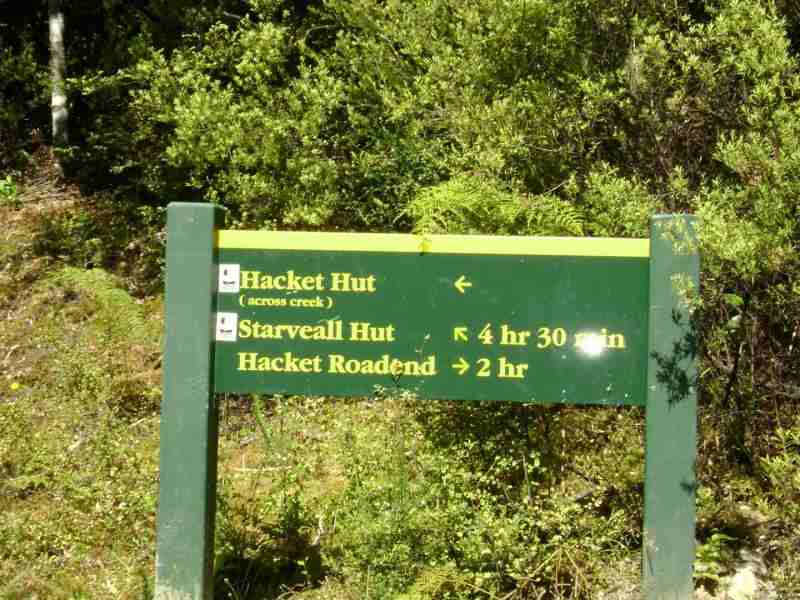 Nine of us had a delightful tramp on a superb Indian summer day. It was just a little cool to be tempted to jump from the bridge at the start of the track into the pool and swim out. We admired the teenagers’ brave attempts instead; they liked the recognition.

We left Richmond at 8.30am and the cars at the car park by 9.15am. We were so prompt that I decided we’d definitely bypass Hacket Hut on the way in, just in case the party relaxed so much they were unwilling to go any further. The water was so low in the Hacket Stream that while we crossed it a few times it would have been a challenge to get truly wet feet unless one was determined to. Once we arrived at Browning Hut it was much nicer outside than in. Some of our party chose the hour sleep under a tree option while the rest of us chose between the sun or the shade to chat and eat our lunch.

It was fun having two visitors on our trip. A number of us quizzed Ian on the way back about how well he knew British politics especially with regard to his native Scotland. He was enthusiastic to talk and like him we were left wondering what the outcome will be of the vote in June on whether Britain will remain part of the European Community. The time seemed to fly by as we walked gently downhill and back to the cars where we arrived at 4pm.