A Well-Executed Manoeuvre on the St Arnaud Range 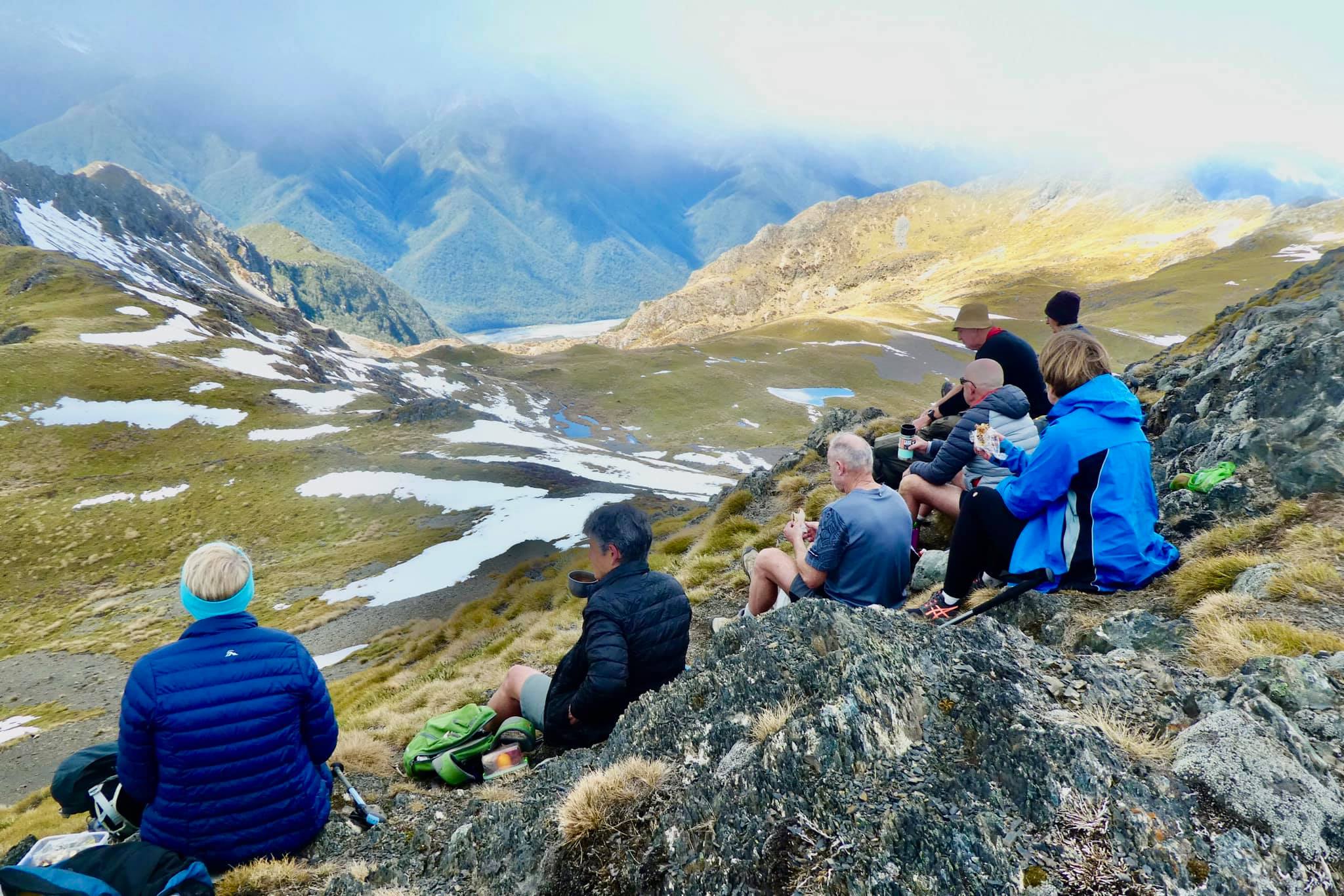 Today’s planned tramp looked as though it might turn out to be tricky with rain forecast from early afternoon.  I had checked the Sunday forecast which had the wind hazard symbol appearing on it.   I decided to go on Saturday anyway with the alternative of walking to Lakehead hut for lunch if the rain arrived early.  Instead the rain arrived late which meant we didn’t see any until arriving back in Richmond, when it began to bucket down.  Among the group there was varying amounts of tramping inclination.  Like at Dew Lakes, some found the track had become longer and steeper since they last climbed it.  Hmm?  What do you reckon?  Could it be true or is it older age advancing that caused some to feel that way?

We met at Kerr Bay at 9.15 am and were soon on our way.  The cloudiness provided an ideal temperature for tramping in.  I doubt any of us expected that when we arrived at ‘The Rock’ at 11.45 am, it’d be clear enough for us to look right across the lake, see the top of Mt Robert as well as back down into St Arnaud township.  Nine of us stayed put enjoying the surroundings and our lunch with a view.

The other nine, made their way to the top of the range where they sought refuge just over the other side from the stiff breeze felt at that altitude.  I’m told the tarns that they could see below on the slope below them were still iced over, like flat white icing on a cake.

Our nine decided to leave the high-flying top nine realising if we started down, we’d have time for afternoon tea on the way.  We did that which meant there was only a 15-minute wait for the others at the Kerr Bay carpark.  Everyone was back by 3.45 pm, talked out, walked out and ready for their drive home.  The track had been boggy near the bottom for the first 15 minutes which is unusual.  After that it was as expected, a pleasant climb up through beech forest to Parachute Rock then a zig zag through the tussock to the top of the range for those who walked that far.