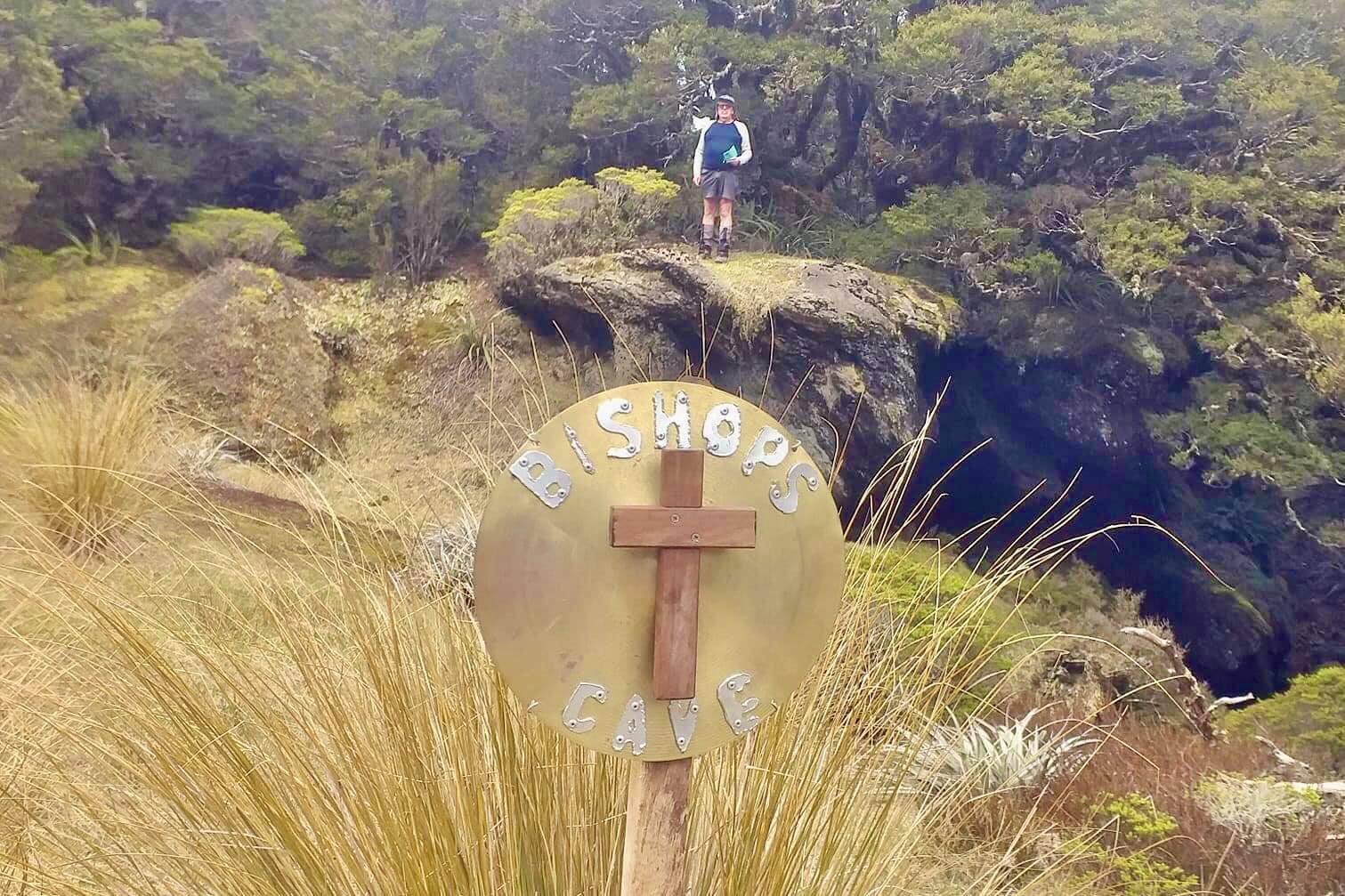 On a fine warm spring morning two groups of trampers set off for a weekend trip to cross the scenic Tableland. One party started from the beginning of the Lake Peel Track in the Cobb Valley and the other group went up to the Flora carpark in the Graham Valley.

The Cobb group of six walked for 15 minutes to check out the cute old four bunk Myttons Hut which is maintained by Golden Bay locals. From here the track zigzagged steadily up through pleasant bush toward the Peel Ridge. Stunning views were had all the way down the Cobb Reservoir. The track steepened on the climb up through tussock to the crest of the ridge taking 1¾ hours from the start.

We continued along the track which sidled around to the beautiful Lake Peel – a large tarn in a basin at the head of Deep Creek. After admiring the alpine scenery at the lake we continued and climbed up to the ridge of the Peel Range. By now it had clouded over as we ambled through the golden tussock and down to Balloon Hut taking us 5¼ hours altogether.

The hut was unoccupied and apart from our two groups, no one else arrived, but a group of nine people who had planned to stay at the hut decided to carry on to Salisbury Lodge. The Flora group arrived about an hour later than the Cobb group after they had a side trip to the Salisbury Dry Rock Shelter.

During the night we had some rain with strong winds with a few raincoats in the veranda getting blown into the tussock.

On Sunday we completed the crossover and we were all away by 7.30am under cloudy skies.

The group heading for the Flora set off along the old partly overgrown water race track starting behind the hut, going through the bush for about 15 minutes then emerging out on the tussock and rejoining the main track. We then headed over to recently repainted Salisbury Lodge for a brief stop. Then it was down off the Tableland and along the Flora Track with nice breaks at Growler Shelter, Upper Gridiron Hut and Flora Hut. A few light showers were encountered on the short climb up to Flora Saddle and down to the Flora carpark taking us 6¼ hours altogether.

We topped off our weekend with ice-creams at the Upper Moutere Store. The other group headed out to the Cobb and had a stop at the Woolshed Café at Canaan.

A good weekend was had by all in classic tramping country.

The Cobb group was Robert (scribe), Jenny R, Justine and newcomer Angelika. From the Cobb and return to the Cobb was Anna and Karen.

The Flora group was Maria, Rob, Julian and Sue J.