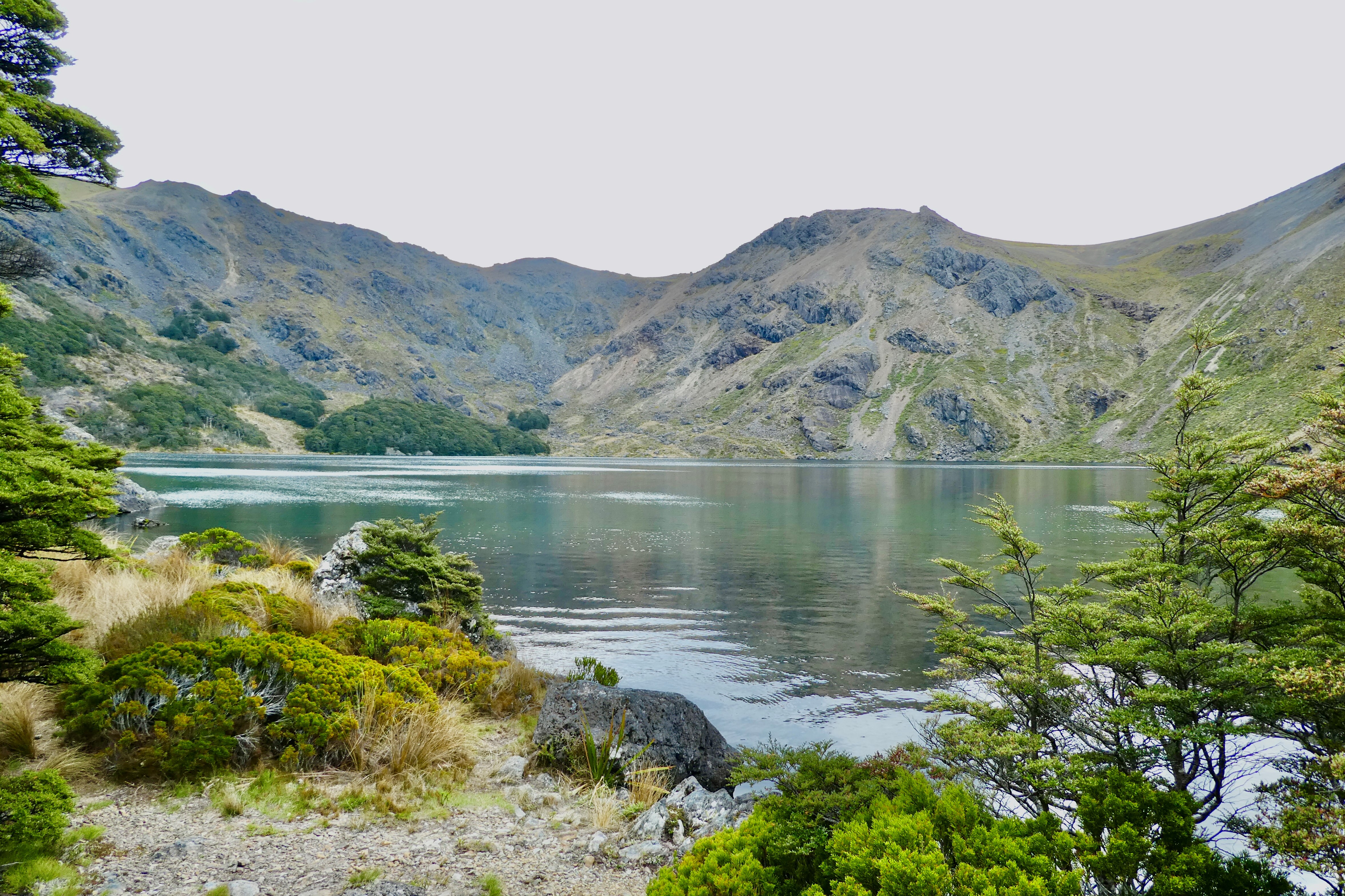 A party of fourteen were eager to have another go at the Sylvester - Ruby Lake - Lake Lockett circuit, having been thwarted by a gale above the bushline two years before.

To give us more time, we chose to set off on Friday afternoon and spend the first night in and around Sylvester Hut, from which we got a ring-side view of the lunar eclipse and had an extended visit from two young kea.

Saturday dawned perfect, but the forecast for Sunday afternoon had deteriorated, so we decided we would have lunch at Ruby Lake and press on to camp at Lake Lockett.

A pleasant wander along a well-worn trail over Iron Hill and towards Mt Benson led us to a saddle above Ruby Lake, from where we dropped down a steep, and in parts wet and scrubby face, in time to have a leisurely lunch break near the outlet of the lake, five hours after leaving the hut.

We then set off across country, bush bashing past the debris of an abandoned fly camp and out into the dense red tussock and bog of the low saddle leading to Diamond Lake.

Two hours later we had a well-earned rest on the Diamond Lake beach, where two of the party decided to camp the night, while the rest pressed on to Lake Lockett, forty minutes along the trappers' track. Another group were camping by Lake Lockett, but we were able to spread our tent sites around in the clearings.

After another beautiful night we packed up early and set off along the track down Diamond Lake Stream, and were back at the cars in four hours, just as the forecast rain became more persistent, giving us the excuse to drive on for a late lunch at the Woolshed Café.