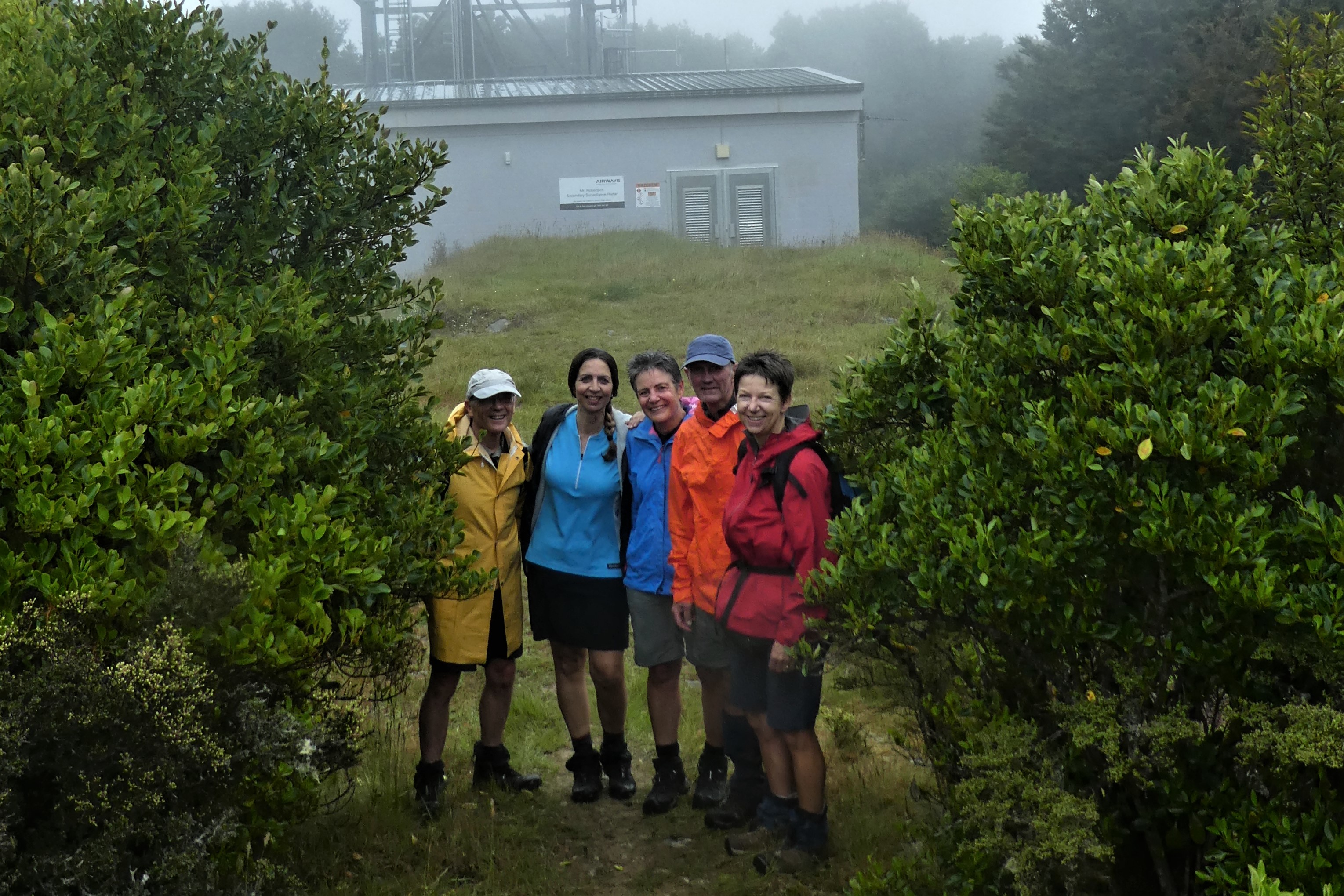 Sheltered From The Storm

We had to postpone our 3-day tramp to Hidden Hut and Turkeys Nest Bivvy, due to another wet weekend. Looking at the weather forecast (strong NW-wind, rain) and the map, five of us ended up on the east coast of Marlborough at Whites Bay, where we expected to be sheltered from the storm.

The track to Mount Robertson starts just before Whites Bay. At 1036m Mount Robertson is the second highest peak in the Marlborough Sounds, after Mount Stokes and the top is still just under the bushline. Most people would know the mountain because it has a massive white ball at the top which is an aircraft navigator.

The first part of the track is part of a loop-track around Whites Bay. It starts with a steep service road to a pylon, then becomes a tramping and mountain bike track (pretty advanced biking!) through beech forest. Walking up we got the odd glimpse into the bay.

We passed the memorial plaque of a tragic plane crash that happened in 1996. A young pilot, 24 years old, flying a Sounds Air plane, got caught in a cloud and misjudged the readings, crashing into the mountain. All 5 passengers died but the pilot survived. What a disaster to live with!

The last part of the climb is quite gradual on a good quality track. At about 10 minutes under the summit is a clearing that gives great views on a fine day. However, by then we were already in the clouds. We reached the top in the drizzle, just enough to get the rain jackets out. Lunch was at a sheltered spot under the summit, while we heard the howling wind around the mountain.

We returned the same way and on the downhill the weather started clearing, giving us some great views towards the south: Rarangi beach, Wairau Plains and Cloudy Bay.

When got back to the car, it was warm and sunny, and we spent some leisurely time at Whites Bay. Here we got a guided tour through the Surf Club building where we could easily spend a weekend with the club. A plan for a future trip!