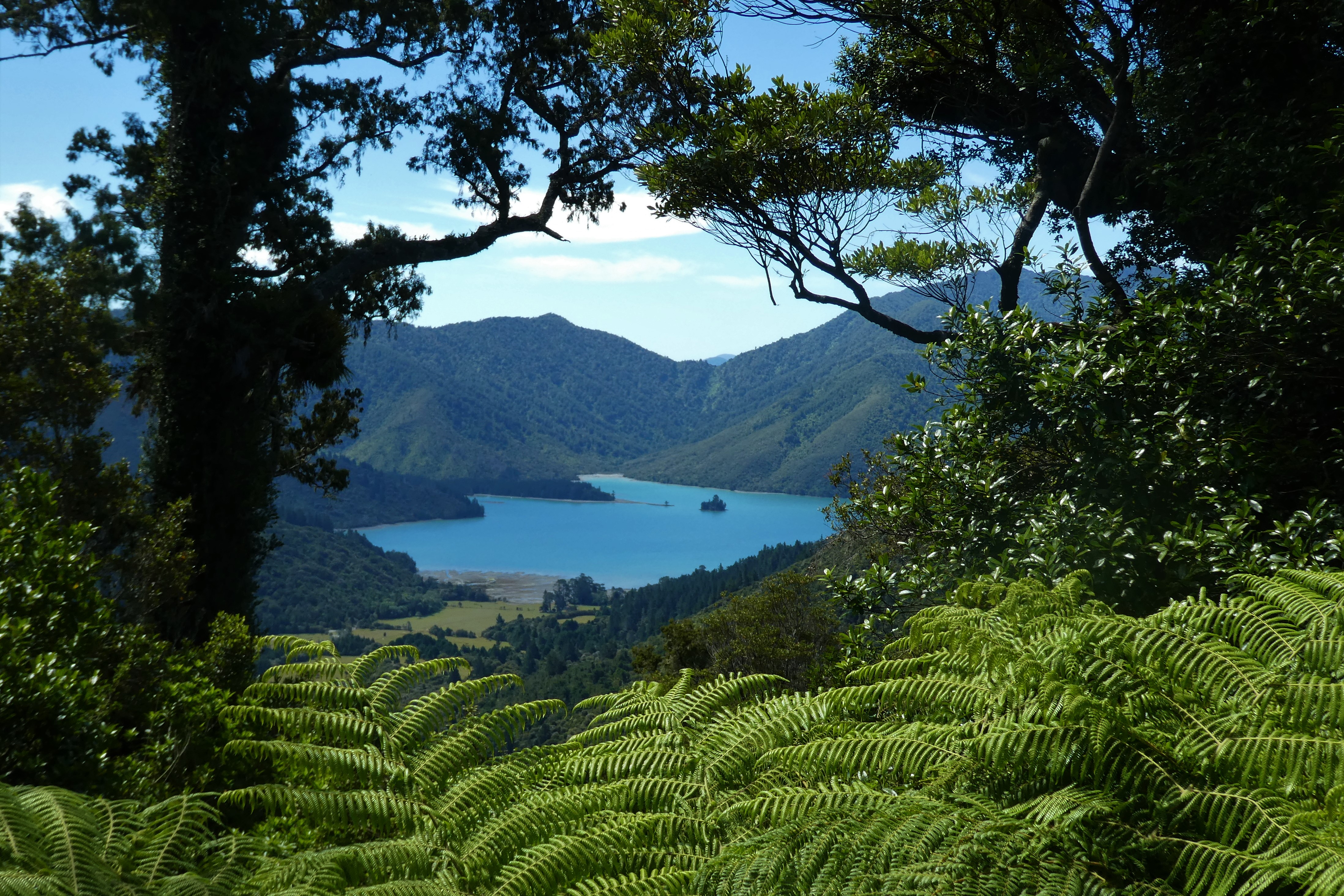 Summer tramping at its best

Usually the Nydia Track is done by the club as an overnighter, staying at DOC's Nydia Lodge, due to its distance from Nelson and the 27km length of the track. But taking advantage of the long summer days, the leader proposed it as a one-day crossover for 'fast-paced' trampers. Two carloads of keen trampers rose to the challenge.

Swapping cars just before Rai Valley, the Nobo's (North Bounders) departed from Kaiuma Bay, and the Sobo's (South Bounders) from Duncan Bay. It was an absolutely gorgeous day, summer tramping at its best! Really hot and sunny, but with plenty of shade under the beautiful beech and fern forest. There was also the added bonus of swimming opportunities in the brilliant turquoise blue water of the Sounds.

When the two groups met they had lunch together and a chat, after the very important handover of the car keys. For the Sobo's it was second-lunch, with first-lunch taking place at the Nydia Bay Campsite where the chance for a dip was too enticing for the water-babies in the group to pass over.

The track is not overly onerous, with both of its saddles (Nydia and Kaiuma) under 500m. It's a dual mountainbiking / tramping track, but there's quite a few rocky/rooty bits that you'd have to be a pretty gun mountainbiker to attempt. In the middle section are a number of privately owned baches and a lodge, an accompanying jetty, and the DOC hut located off on a short side track.

The Nobo's had the advantage of a swim at the end of the day at Duncan Bay; very refreshing after the long hot walk. The Sobo's were looking forward to their reward of an icecream stop in the Rai Valley ... except by the time they went through the shop was shut.

The Sobo's beat the Nobo's back to Nelson. But the Nobo's say that's only because they had longer swims. Hmmm. The Sobo's completed the walk in 7.5 hours, motoring along at a very good clip, with that time including breaks and a half-hour swim.