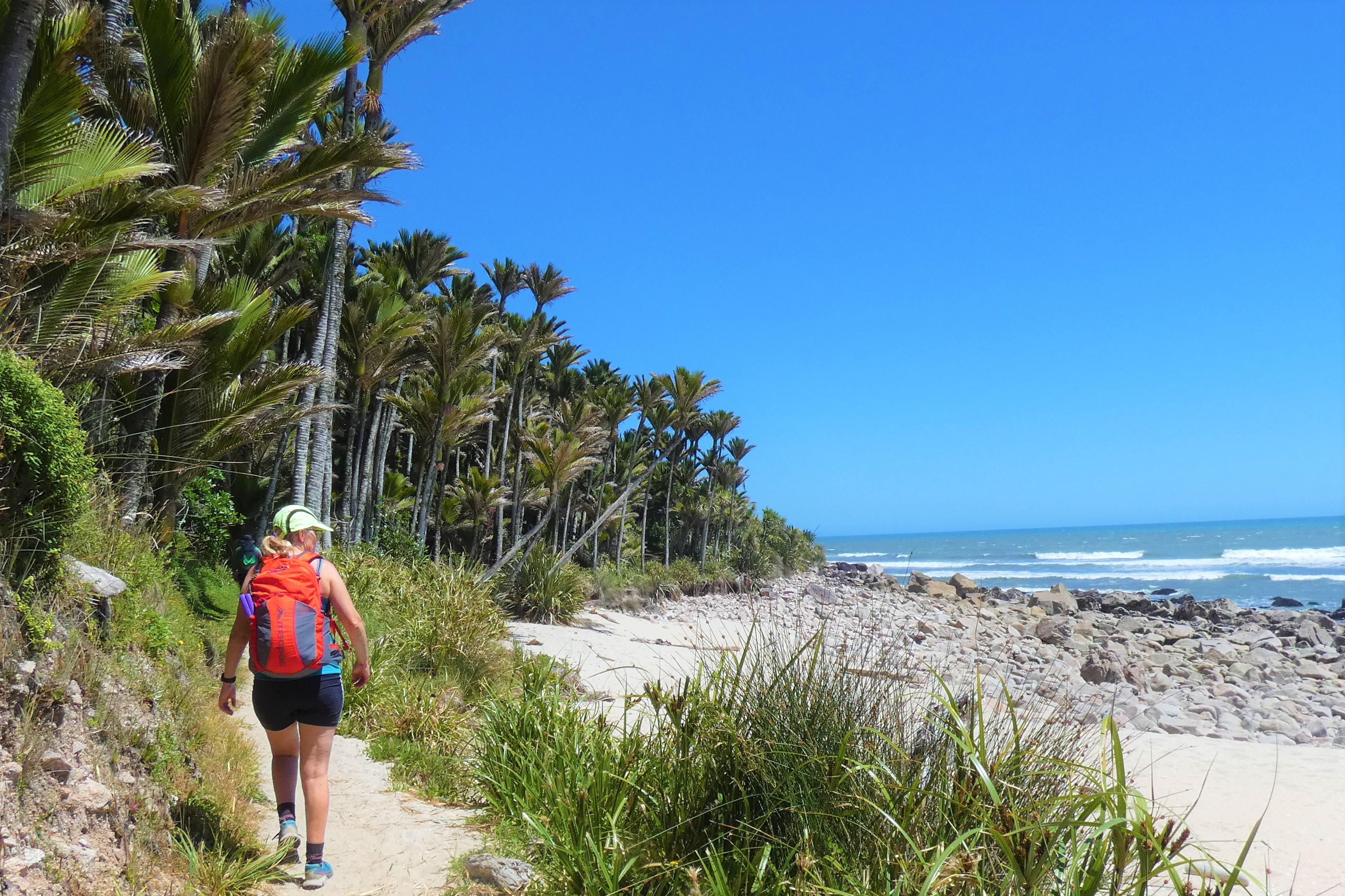 On Friday 31st, 16 of us set off for Karamea. The weather was beautiful and remained so the whole time. After booking into The Last Resort some of us went to see a 1,000 year old rimu, along a short, well made track, 8km from Karamea. After dinner we walked along the Estuary Walkway seeing where the wharf had been.

Saturday - the Heaphy Track. The main party went from Kohaihai to the Nikau Palm Walk, saw a white rata in flower, did a short lookout track, had morning tea at Scott’s Beach and lunch at Katipo Shelter, BUT five members streaked, fully clad, up to the Heaphy Hut, 17km each way. Well done them. After dinner some walked on the beach and also went to see a life size model of the Haast eagle, now extinct, which was near our accommodation.

Sunday - the Oparara Valley. Six went on the Honeycomb Cave Tour, three did their own thing and the rest went to see the Oparara Arch, then walked through beautiful bush on a good track to Sunshine Flat via Mirror Tarn and the Moria Arch which was stunning. We were going to walk up the Karamea Gorge after dinner but were strongly advised not to, as trampers regularly get into strife up there. However, we had some excitement as a local crashed his helicopter just beside our cabins. The lone occupant was choppered to Nelson Hospital.

Monday - the Fenian Valley. A lovely track lined with rimu and soft underfoot with moss, to Adam’s Flat. A replica of the gold miner’s hut is there, as is his grave with the original headstone. We carried on along the track which got steadily more unkempt and then petered out. We should have just turned right at the sign for the gold workings, which consisted of a set of iron wheels and a fork. The water race was visible in places. The highlight of the day was the Tunnel Cave we went through on our way back. It was pitch black, there was a stream running through it and quite a bit of clambering was necessary. We rewarded ourselves with Vinnie’s ice cream in Karamea before arriving back at our accommodation. We all dined at the Karamea Village Inn that night.

Tuesday was home day. Four of us went on the Cave Tour, some went to Denniston, some went to Charming Creek and a couple stayed on.