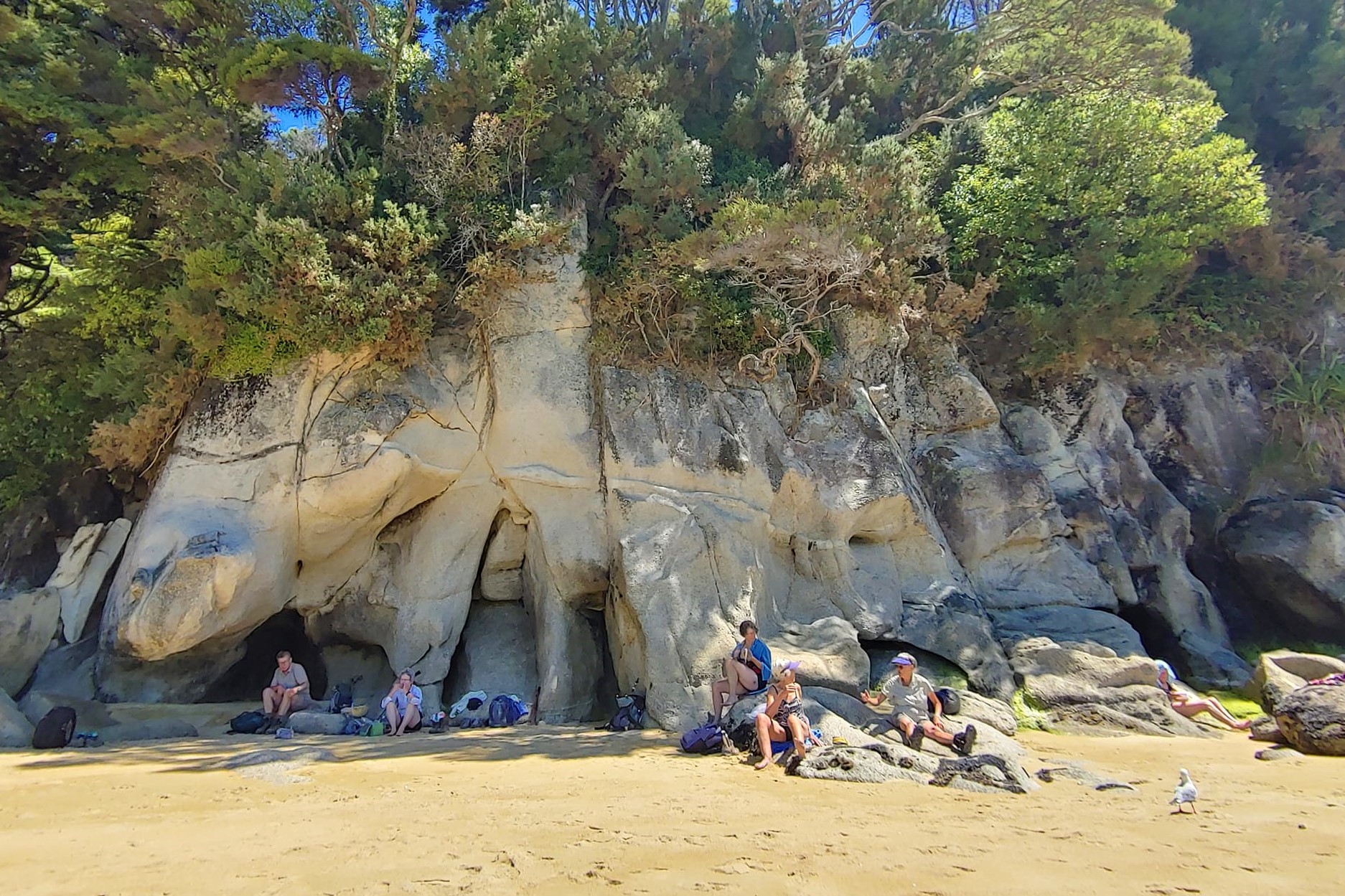 Marahau carpark was the starting point for our tramp to Observation Beach - a warm summer morning saw 13 trampers set off at 9am.

We arrived at Apple Tree Bay for morning tea, the group dividing between the sun lovers out in the open and the shade preferers on the rocks under the cliffs. Two lots of entertainment were to be found here – a pair of oyster catchers with a couple of chicks (teenagers really) and a man on a foiling surfboard with great balance whizzing up and down.

The temperature continued to climb as we resumed our walk along the coast, but for the most part the track is in the shade. There is a great view of Adele Island and the coast from the high point above Observation Beach.

The beach was reached just after midday, perfect timing for a swim followed by lunch. We had a 54% strike rate with full body swimming and another 23% immersing up to knee level!  The beach is a 100m drop from the coastal track, which is sufficient to put most people off from visiting (other than by kayak or boat), but it was a stunner on a hot sunny day.

As the tide was out, we walked along to beach to go up the other track just to be able to say we had done them both. A bit of a steep climb back up to the main track and then returned the way we came.

The last of the group arrived back at the cars at 3.30pm after a very enjoyable day, covering about 18km.