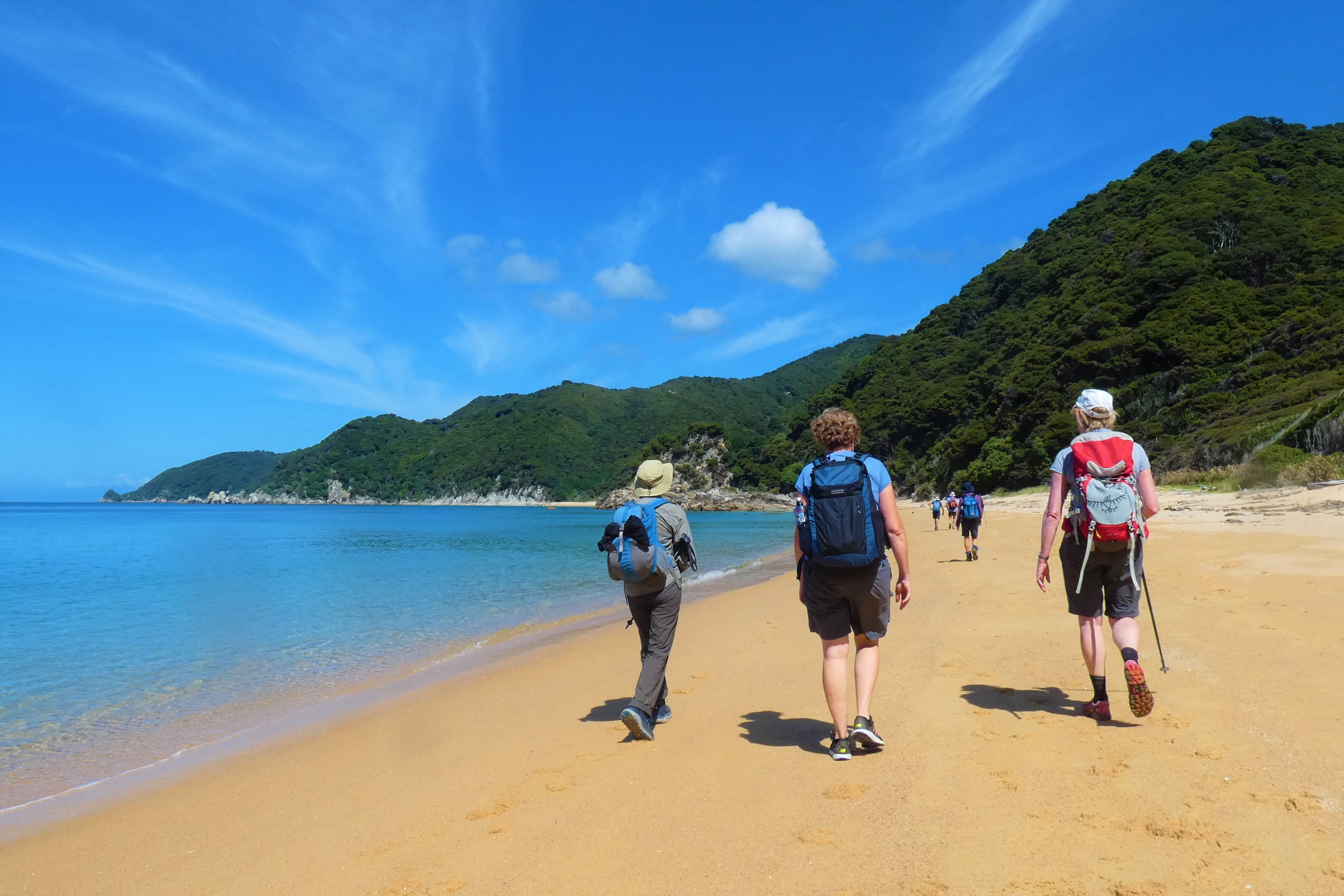 First off - a big shout-out to the Auckland Tramping Club for making this weekend happen. The ATC had booked Ngarata Homestead, DOC’s outdoor education centre at Totaranui, as part of their 2022 Safari to the Top Of The South. As a past-member of 25 years, I had piggybacked Waimea TC on to their accommodation booking and was looking forward to catching up with old friends.

Unfortunately the ATC had to pull out for covid-related reasons, but after ascertaining that there was enough interest from WTC members, we stepped into the breach. Numbers snowballed and by the time the weekend rolled around we had 16 WTC members, and six ATC refugees who had independently come down to the Top Of The South anyway.

Ngarata Homestead is a beautiful old kauri villa containing bedrooms sufficient to sleep 40. A detached kitchen/dining/ablution block is out the back, and out the front is a rolling lawn that catches the afternoon sun.

The weekend kicked off from lunchtime on Friday with beach walks and swims, followed by pre-dinner drinks and snacks on the lawn, and then dinner. A lovely social time.

We set off about 8.45 and our first stop was morning tea looking down on the beautiful expanse of the Wainui Inlet. That was followed by lunch at Wharawharangi Hut, another grand historic homestead but this time turned into a Great Walk Hut. Apparently it’s haunted by the ghost of a young sailor, but all was serene during our leisurely lunch and subsequent ramble along the beach.

Separation Point was next. In the past an attempt to establish a gannet colony down by the lighthouse made me reluctant to clamber down the side of the cliff, but the fake birds and piped screeching are no more. About half of us went down for a close-up view of the seals and a colony of terns on an adjacent offshore outcrop.

Next up, the long expanse of Mutton Cove, where many enjoyed a refreshing swim while the others rested up under a strategically positioned shady tree. All day it had been hot and sunny, but by mid-afternoon it was scorching.

Another walk along Anapai Bay beach followed, but the group could sense the nearness of the end of the walk, and we made quick work of the last stretch back to Ngarata, arriving at 4.45pm. Not terribly good stats for 21km on a Great Walk, but we’d had a terrific day with more time spent on breaks and swims than walking. It was that sort of perfect day - why rush!

Before dinner there was time for more swims, and most of us again sprawled on the front lawn, this time with the musical background of Noah and his guitar. After dinner many of us popped down to the beach for sunset, but it was rather ordinary.

Sunrise on Sunday morning was, however, gorgeous and the whole ocean turned molten gold. After breakfast everyone helped with the clean-up and drifted off between 9 and 10 to undertake various walks en route home, with four of the Aucklanders opting to extend their weekend at the Totaranui campground.

Some people visited Wainui Falls and Pupu Hydrowalk, but three carloads did the very short Grove Walk, followed by a 45 minute walk in to (up to!) the Rawhiti Caves near Takaka. The formations at the caves are stunning - you don’t go in, but gawp at them from raised viewing platforms. A family of keas living in a totara tree close to the entrance were a vocal bonus.

It was a fabulous weekend, with the right mix of relaxation and exercise, staying at a great facility, and that wouldn’t have come about except for the ATC. Their postponed 2022 Safari is set to take place in 2023 … I vote we join them at Ngarata for an encore!

PS - DOC gave us a flat rate for the weekend but I’d mistakenly collected the full cost from everyone. Instead of a refund, members generously voted to donate it to charity. Half went to Tasman Environmental Trust for the Wasp Wipeout, and half went to Medecins Sans Frontieres (Doctors Without Borders) for medical aid for the Ukraine. My tax credits were also donated.