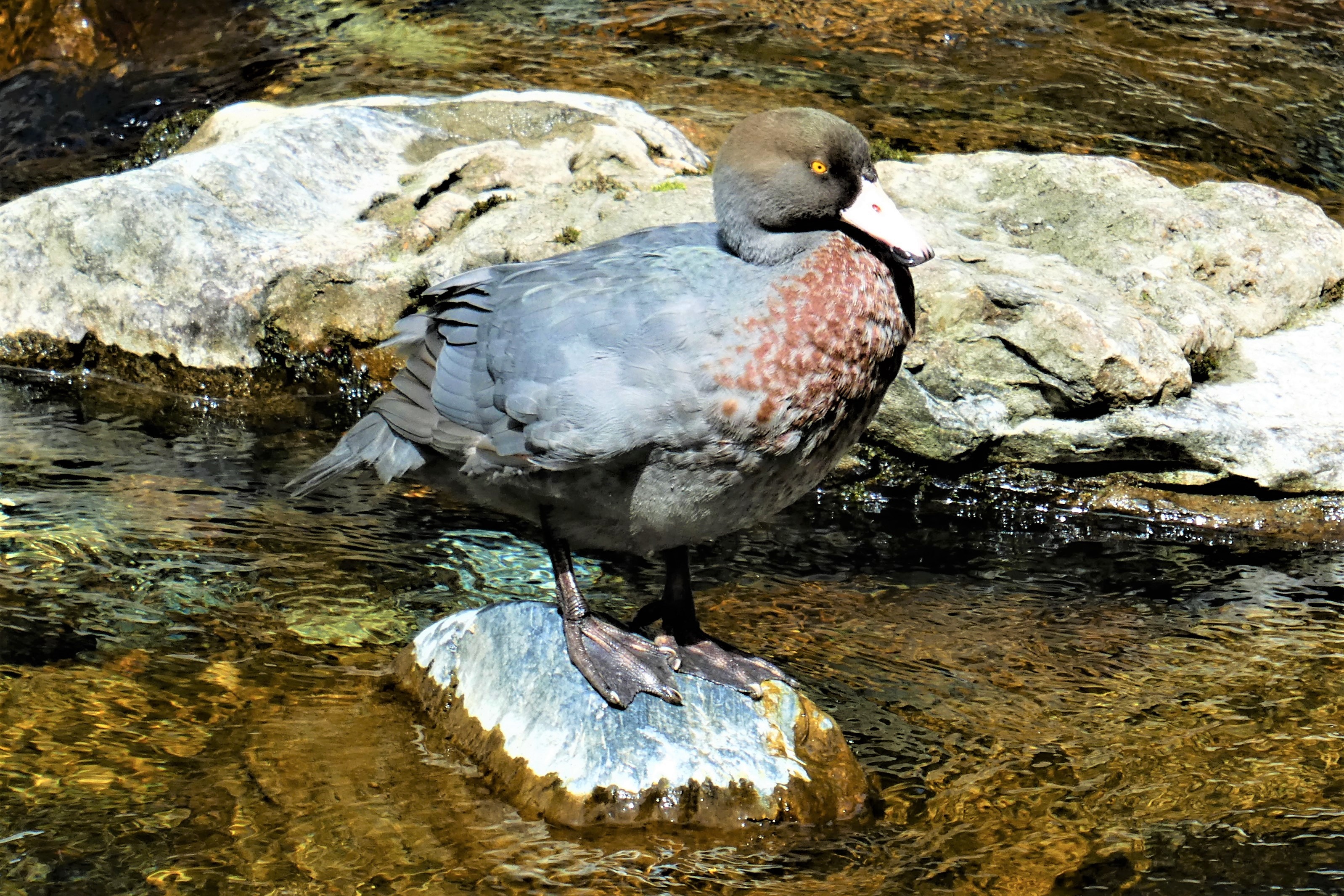 A select group of eight enjoyed this excellent day trip to the Pearse Resurgence near Ngatimoti.  We left Richmond at 8 o'clock and were walking shortly after 9. The last kilometer or so of the gravel road is a bit pot-holey, but just go slow and it's fine.
The very first steps of the walk involved getting wet feet crossing the ford - a sign of things to come later in the morning. To start with however, we walked along the track high above the Pearse Stream, where we spotted our first three whio of the day - look for the flash of their white bills, as their blue-grey feathers blend beautifully into the rocks and water.
Morning tea was had after about three quarters of an hour at the second stream crossing, and then we had another long forest section before our third crossing.  After this, the stream crossings became more frequent and the water became noticeably colder the closer we got to the resurgence. We were counting the crossings as we knew that after number 11 we would be at our destination.
Just before lunch we had another encounter with two more whio - they were much closer this time, diving in swiftly flowing water which is their natural environment. We then had a leisurely lunch basking in the sun at the grassy clearing by the beautiful deep-blue-green waters of the resurgence.
After lunch we retraced our steps, with the bonus of getting within a few metres of whio number six. He posed nicely on a rock for us for quite some time, before getting tired of the admiration and taking to the water.
We counted down the crossings ... 11-10-9-8-7-6-5-4-3-2 ... ah, time for afternoon tea at the same spot as morning tea. Then it was just the right amount of time for our shoes to dry out before they got wet again as we crossed the ford and were back at the cars.
It was a hot and sunny day, ideal conditions for the walk through the forest and stream. And it was pretty flat too - quite the rarity. The crossings were shallow, but a walking pole was a must as some of the rocks were quite slippy - avoid the brown ones!  It took us three hours to reach the resurgence, and two and a half hours back.
We were:  Diane (leader and scribe), Robyn, Julie, Esther, Julian, Arif , Lynda and Dean.