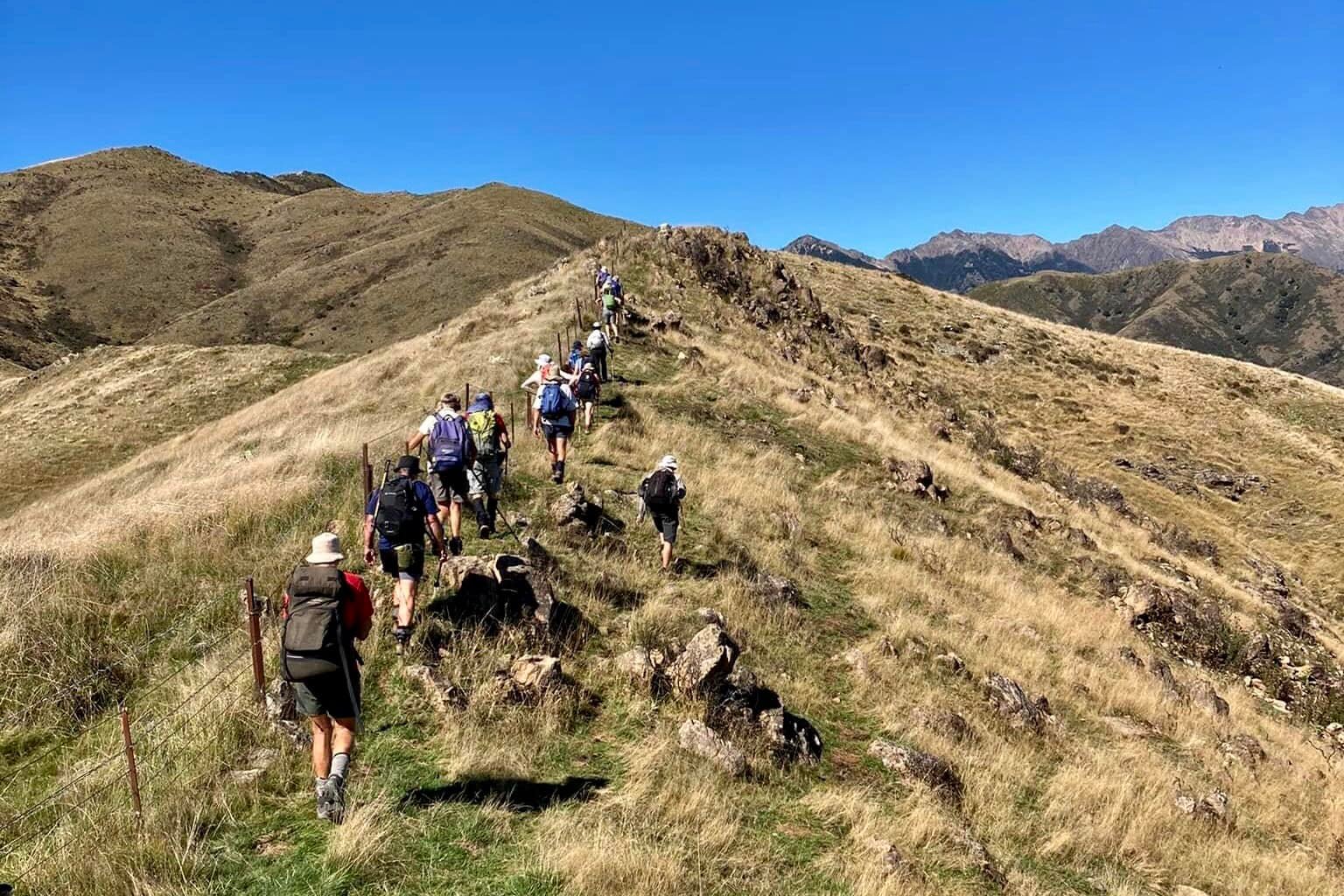 25 trampers headed over to Wairau Valley to do this tramp on private farmland. On leaving SH63 we took a farm track to the woolshed where we departed from at 9:30am. To start with there was a gradual incline on a 4WD track, reaching the ridgeline for morning tea. We then carried on following the undulating ridgeline in mostly open tussock land.

The views were amazing of the surrounding hills, the mountain ranges in the distance and Wairau Valley below. The weather was stunning. One tramper described us as “all being mountain goats walking in a sheep intestine track”.

The group had become strung out around lunch time with half the group stopping a little earlier for lunch with the other half a bit further on, on a high point of the ridge at about 1000m.

We regrouped after lunch, carrying on along the ridgeline for a short time before meeting up with the 4WD track again. From here we could see the hut nestled down in the valley. It was early afternoon so time wasn't going to allow us to reach the hut.

We headed back down an attractive valley with native plantings and a lovely stream, stopping under the shade of the trees for afternoon tea.

We arrived back at the cars at 4:30pm completing the 7 hour circuit. My apologies that it was not the planned route, I should have done a recce, but nevertheless it was a good day out in the hills.