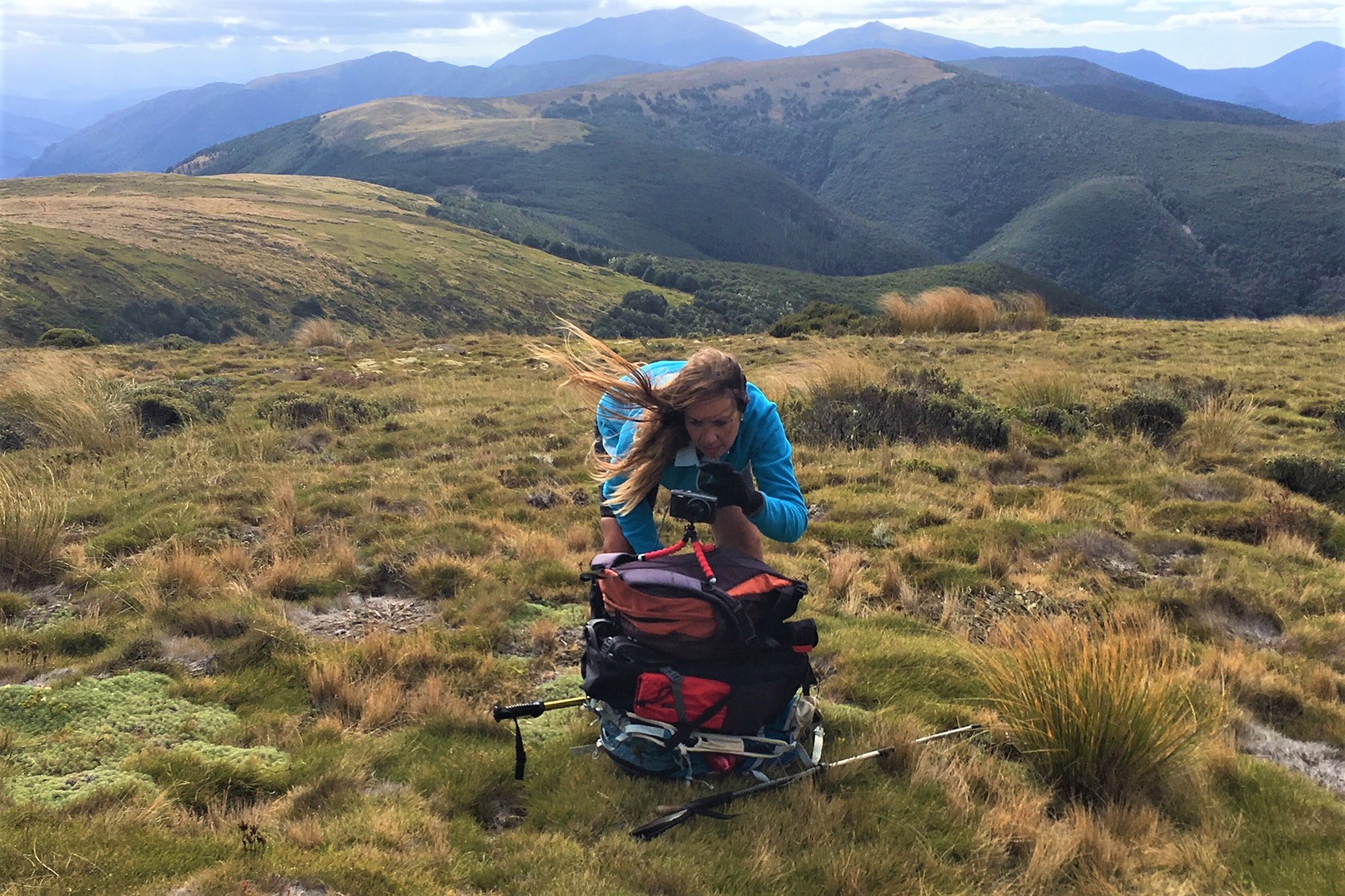 Beebys Hut is a standard 6-bunk hut in the Mt Richmond Forest Park. It is roughly a one hour drive from Richmond on the road to St Arnaud. The track starts from the carpark off the main road and it’s over 7km to reach the hut.

Our group of eight (four men and four women) got going in cloudy but humid weather straight up the hill through the beech forest. At this time of year there is no problem with wasps and our St Arnaud resident Ian explained there has been a good eradication programme in the last year, so the only downside was raising a good sweat. The track is steep as we climbed the side of a broad spur but after an hour the gradient was less and the beech trees became shorter and thinner.

Morning tea was had and then it was upwards and onwards and before we knew it we had come out on the 4-wheel-drive track. It was open territory and it got quite cold but the team were in good spirits as we strolled through alpine tussock. Passing the Maitland Ridge turnoff our party soon spotted the trig but we continued on to Beebys Hut to have lunch. It was still cloudy and misty but it was nice and cosy in the hut, which we shared with a couple and a cyclist turned up as we were leaving.

We headed back the same way and after about 30 minutes we saw the transmitters on top of the hill, that’s what we came for. Beebys Knob is 1441 metres high and is well worth exploring a bit. Although there was some sun and the views were pretty good it was still darn cold and gloves were needed. It is a pretty exposed place and you would not want to hang around in foul weather. We made time for some photos and to work out what we were looking out at.

The group continued along the 4-wheel-drive track then onto the bush track and were back to the cars in just over 6 hours. We did come across a couple of groups of mountain bikers but no other trampers on the track. So a good pace indeed and a satisfying day.