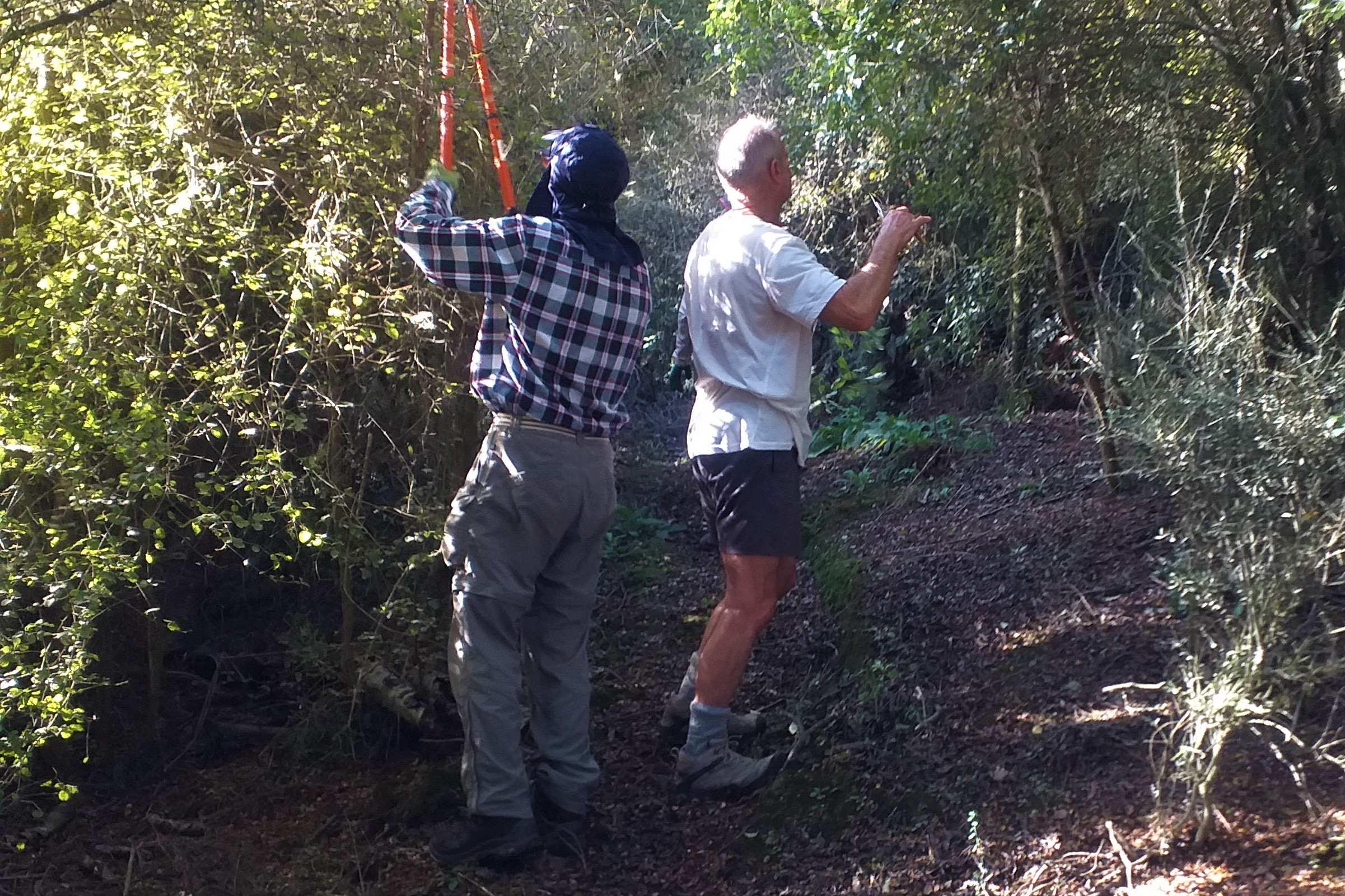 It dawned a clear frosty morning. Eight of us met at Wakefield to travel to Sherry River where a fellow tramper has a lifestyle block with a patch of regenerating native bush on it. There are about four kilometres of track zigzagging through the bush, which of course, requires a bit of maintenance from time to time. Today that was exactly what we planned to do.

We arrived at Jeff’s home before the sun did, so it was a quick tour around his garden complete with volcanoes and water features and then inside the cosy home for a hot cuppa and shared baking. It wasn’t long before the sun peeped over the hill and off we went armed with gloves, secateurs and loppers. The nine of us followed along cutting vegetation that encroached the track and pulling out seedlings that threatened to overgrow the track.

After one hour and 40 minutes we had completed about a kilometre of the track. The lunch gong rang so we knew it was time to head back for our BBQ lunch. We didn’t double back but walked on to the top and cut down the ‘halfway’ track.

Lunch was consumed on the sunny deck. Jeff cooked our meat on the BBQ and we had salads to share and then there was more baking to entice us to fill our bellies.

After lunch we set of again but this time in the opposite direction. We spent an hour and a half clearing another kilometre of track. It was cooling off by now, as the sun had disappeared, so that was a good cue for us to windup the day and head home.