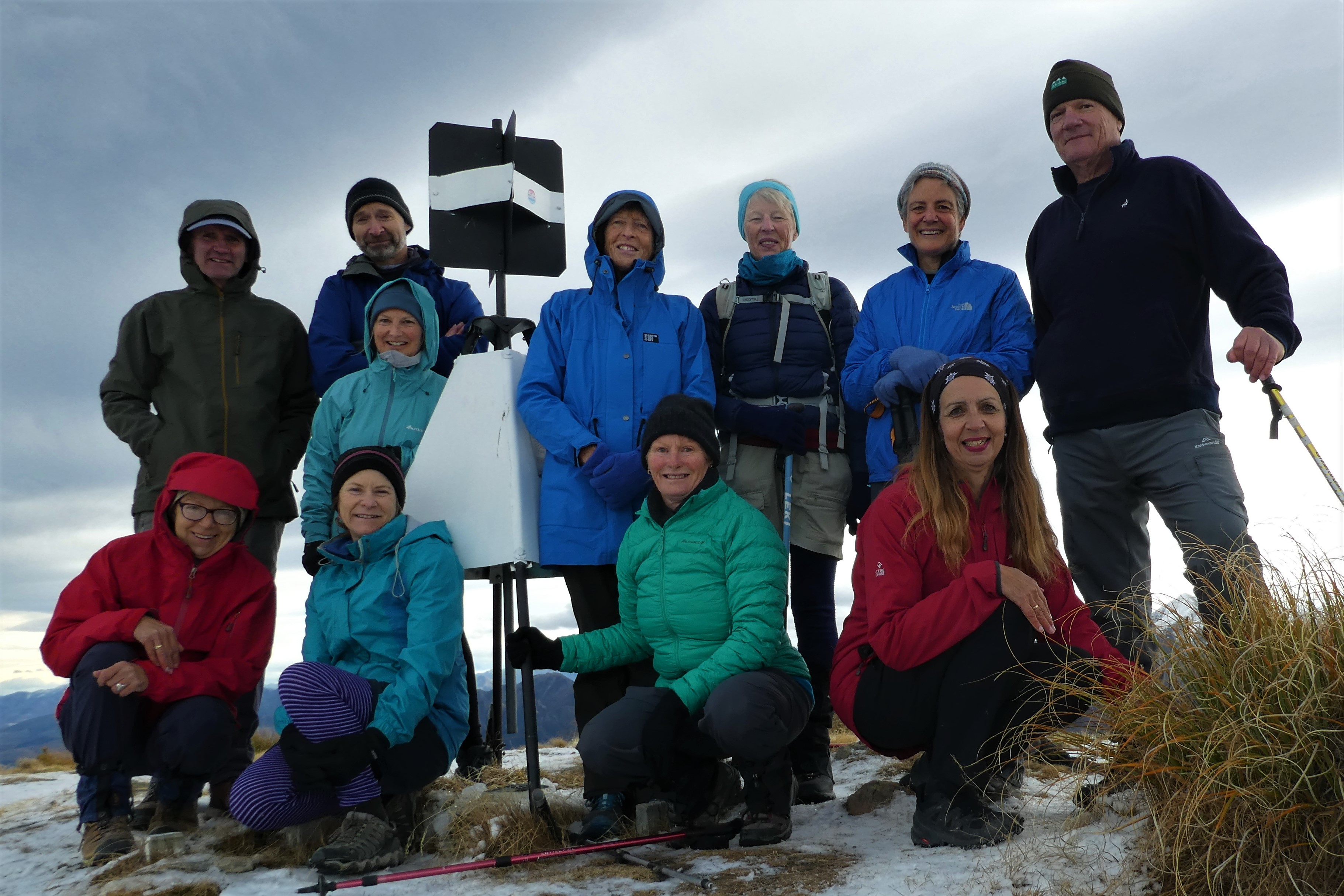 Kaikoura was the location for this year’s Queens Birthday Weekend ‘base camp’, with three day-trips on the agenda.

We started the weekend with everyone - 15 of us - meeting at the end of Marfells Beach Road. On schedule at 10.30 we departed for our coast walk out to the Cape Campbell Lighthouse. This is one of the very few truly-flat walks that we do.

It took us one and a half hours to wander out to the cape. The tide was in but since the 7.8-magnitude 2016 earthquakes and the resulting seabed uplift, the walk is no longer low-tide dependent. Newly-risen sheets of seabed and vertically-sliced slabs of rock were sobering reminders of the massive power of the quakes.

In addition to the blue sea and sky, and the white sand and cliffs, also strewn along the beach were big swathes of bright red seaweed. Such a pretty and colourful sight.

We had lunch in the sun at the towering smartly-painted black and white striped lighthouse. We spent well over an hour there, so there was ample time to bask in the sun or wander out to the seal colony. Most of the seals were sunning their carcasses, but a few were also frolicking in the rock pools.

We arrived back at the cars at 3pm and headed on through to Kaikoura where we stayed for the next two nights.

At 9am we departed the Mt Fyffe Carpark (200m) for our 1400m climb to the summit (1602m). The track is a steady but steep climb, however it is a wide 4WD track so the terrain itself is benign. Below us we had great views down on to the flat expanse of patchwork farms and the Kaikoura Peninsula.

By 11.30 we’d reached Mt Fyffe Hut (1100m / 8 bunks), had a break, and departed for the last push to the top. As we climbed higher the mountains of the Seaward Kaikoura Range came closer, draped in snow and dappled by light.

By the time we reached the summit we’d been walking in a shallow sheath of snow for a while, but it was well-trodden and no ice-axes or crampons were required.

We had lunch at the trig, took multiple summit photos, viewed the continuing track over Gable and Gable End and filed it for future reference, and then retraced our steps.

For many of us, going down was harder than coming up. The leg muscles started protesting at the relentless downhill, and the rocky surface under our feet was unforgiving. At 4pm, seven hours after departing in the morning, we were all back at the cars.

After yesterday’s big effort, on today's agenda was the easy walk from Point Kean to South Bay via the cliff tops, and returning back to Point Kean via the coast.

Heading along the cliff track we had a birds’ eye view of more expanses of seabed uplift. We were also delighted to have a couple of distant whale sightings out in the bay.

The track from the clifftop to the coast drops down at Whalers Bay. Some of the group carried on towards South Bay first, and some just headed straight down. This section of coast is virtually one big seal colony - the busiest sections are roped off to protect the seals (and humans!). However seals can’t read, and it was impossible at times not to walk through them because of the narrowness between cliff and sea.

By 11am we were back at the cars and had a late morning tea, before heading off on our 4-hour journey back home - well 4 hours plus the coffee, lunch and ice cream breaks.