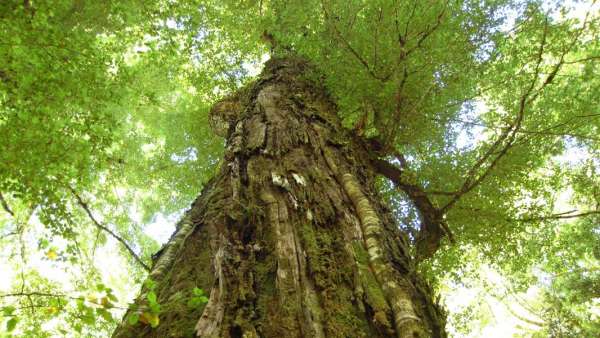 A large group of 16 trampers travelled along the Tadmor Glenhope Road until we reached Tui where we turned onto the Tui Road, then after 1½kms turned off onto Hodgkinsons Road. The rule is to follow this forestry road for about 4km to a skid site at the end, staying left at each intersection. At one junction we turned off in the wrong direction but soon realised our mistake and were soon back in the correct direction. The track started off through pine trees then after ten minutes entered native forest on a good clear track at a steady gradient. We carefully negotiated some muddy sections but this could be expected after a wet spring. After two hours we were rewarded with good views out of the bush up to Conical Hill and the ridgeline of the Hope Range. The last hour was a steeper ascent as we emerged from the bush onto the summit ridgeline, three hours from the start. At the first highpoint we savoured our lunch just as a few light showers fell, but soon the sun emerged again. We continued along the range for another half hour to the second highpoint at 1171m.

Scattered along the range were numerous granite rock outcrops in various shapes and sizes. While many of the rocks were simple mounds or boulders, some were spires and a few more twisted in shape vaguely resembling animals like a horse and a pig. We returned down the same track to complete another good outing with stunning scenery. It is pleasing to see that this track is now shown on the latest maps as part of the Lookout Range Route to Mt Owen. The troop was Robert, Lesley G, Colin, Jacqui, Donell, Marie, Joy, Julian, Christine, Lou and Chrissie, Geoff, Arif and newcomers Kath, Jo and Kathy.