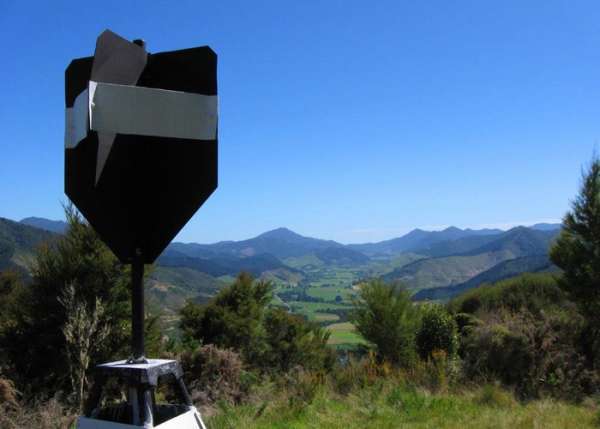 The day was windy in Richmond but quite still and clear by the time we drove to Pelorus Bridge. We departed from the very full campground and wound our way up the track to Trig K, stopping several times to take in the magnificent views down the Rai Valley, arriving at the summit at 417m a little after 11.30 where finding enough shade to consume our lunch became the most important thing. At this time of the year this track is very busy with tourists and we encountered plenty on the descent to the waterfalls. This track is quite beautiful with sun streaming through the large mature trees. We guessed quite successfully the origins of the tourists on the way, though one man refused to believe we were Kiwis, insisting we were a bunch of loud Aussies in spite of a Waimea Tramping Club badge on show. We arrived back to the carpark about 3pm and after a well-earned ice cream we headed off to the Pelorus swimming hole where two brave ones got into some rather chilly water for a swim.